The Hydrocarbons legislations of countries that belong to the Monetary and Economic
Community of Central Africa (CEMAC: Cameroon, Central African Republic, Congo, Gabon,
Equatorial Guinea, Chad) all provide, as a rule, that hydrocarbons contained in the soil and
subsoil are the property of the State and therefore belong to the public domain.

Agreements entered into with the State by oil companies mainly take two different legal forms
in the oil legislations of the countries of the CEMAC area:

- Concession Agreements, which grant to the oil company an exclusive production right (for a given resource) which has the characteristics of a real estate property right, separate from the ownership of the soil.

The case holder, who produces for his own account and generally owns the entire production extracted, is liable vis-à-vis the State of usual common taxes (notably corporate income tax) as well as one or several specific royalties (proportional mining royalties, surface royalties, etc.).

- Production Sharing Contracts (PSC), which have the legal characteristics of service contracts defining the framework of the services provided and which do not grant to the oil company any real estate property right.

In this contract, the oil company explores and produces a resource on a delimited area on behalf and for the account of the State, in consideration for a remuneration “in kind”.

If an oil field is discovered, the oil company will have a right to a share “in kind” of the production representing (i) the reimbursement of the costs incurred and (ii) its remuneration.

Although the concession system has prevailed in the first decades of oil production in Central Africa, production sharing contracts have progressively spread in the national legislations of
the oil producing countries since the 1980s:

“Taxation” of the upstream sector in the CEMAC area has therefore significantly evolved to include the rule of attribution to the State of a part “in kind” of the production corresponding to its share, to which must be added the other levies of the State to determine the “government take”, i.e. the overall share belonging to the State.

These other levies are mainly:
(i) Proportional and surface royalties ;
(ii) Certain usual common taxes, such as corporate income tax and VAT, which can be
subject to specific provisions in the PSC, which deserve special attention (exemptions,
specific modalities of application, etc.) ;
(iii) bonuses of signature, discovery, production, etc.

Even though the tax provisions of countries from the CEMAC area can be very different concerning the "other levies" (thereby requiring a case by case approach), the general structure of production sharing is similar from one state to another.

It has therefore seemed useful to us to present the main rules governing production sharing in
the States of Central Africa (CEMAC area) and we will see that the determination mechanisms
are sometimes directly inspired by common rules of taxation.

I Steps in production sharing

Hydrocarbon laws of CEMAC countries, as well as the PSCs which they refer to for the definition of the particular production, provide for the production sharing of the hydrocarbons between the State and the oil company according to the following terms:

- A mining proportional royalty (RMP) is due in priority on the gross production, whatever the level of profits made and before any recovery of petroleum costs ;
- After application of the RMP, the oil company has a right to recover the petroleum cost (“Cost oil”) that it has incurred alone for the needs of the oil operations, i.e. the State usually does not finance such operations. This recovery of the petroleum cost is operated by a levy on the corresponding hydrocarbons production ;
- The total annual hydrocarbons production, after deduction of the RMP and the “costoil” abovementioned, constitutes the hydrocarbon production to be shared (“profit
oil”) between the State (“State Oil”) and the Oil company (“Contractor oil”).

Production sharing requires the prior determination of the quantity of hydrocarbons produced, under the control of the contracting State9 , but also its valuation in respect to:

- the computation of the mining proportional royalty due to the State : such royalty is most often paid in cash (even if in theory a payment in kind is provided by the PSC); a valuation of the production (price/barrel) is therefore necessary to determine the amount due to the State;

- the determination of the quantity of hydrocarbons levied for the purpose of the recovery of the petroleum costs by the oil company.

In order to prevent the conflicts that could result from a disagreement on the valuation of the production, mainly transfer pricing issues regarding inter-company sales (between affiliates),
the volumes of hydrocarbons produced are valuated on the basis of a sale price determined  according to the terms agreed upon by the parties to the PSC. The price of the barrel can be determined in the following ways:

-The “official transfer price” method (Cameroon, Congo and Gabon) : the quantities of hydrocarbons are valuated by reference to a price which must reflect the real market price provided by the State after negotiating with the oil companies;

- The “average price” method (Equatorial Guinea, art. 10.1 of the model PSC): the valuation is carried out quarterly by reference to the average price of sales made by the oil company to third parties (i.e. not affiliates). If sales made to third parties represent less than 15 % of the total quantities produced on the oil field covered by the PSC, reference is then made to international rates (published in Platts) agreed upon by the parties to the PSC.

The mining proportional royalty is computed on the basis of the overall hydrocarbon
production on the zone covered by the PSC, minus all quantities used for the needs of the oil
operations.

The approach taken in determining the rate varies substantially from one country to another.

The rate can be fixed permanently by Law or negotiated in the PSC and can also vary according to other variables, such as the production quantities or the depth of the oil fields. The rates of RMP (for liquid hydrocarbons) can vary as follows:

The corresponding costs can, if applicable and subject to the precise terms of the PSC, be recovered as petroleum costs.

Recovery of petroleum costs is generally ring fenced, i.e. limited only to the oil produced on specific areas or pursuant to specific permits, without the possibility to consolidate all costs borne by the company (e.g. notably on other areas or permits).

The rules of separation are to be analyzed on a case by case basis according to the specific rules defined in the hydrocarbons Law or the applicable PSC; for instance, Equatorial Guinea limits the recovery of the petroleum costs to the production resulting from a single area delineated by the PSC.

The Oil company party to the PSC has a right to recover petroleum costs from the very beginning and throughout the production, with no time limitation. As a consequence, when the net production (gross production – RMP) of a given year does not allow the recovery of the total petroleum costs recoverable for that given year, unrecovered petroleum costs are carried forward to the following years until their total recovery or the termination of the contract.

Petroleum costs do not elapse in the system of production sharing, unlike carry forward losses
of corporate income tax which elapse after a certain number of fiscal years in the countries of
the CEMAC area.

The recoverable amount of petroleum costs (cost oil) for a given year is systematically capped
at a percentage of the annual hydrocarbons production, above which the cost oil is saturated
(“cost stop”).

When the cap is exceeded, unrecovered petroleum costs are carried forward to the following
years with no time limitation, in the abovementioned conditions.

Caps are negotiated in the PSC and generally range from 60% to 70% of the annual production.
For instance, the Hydrocarbons Code of Congo (art.35) states that the cap is provided within
the PSC but that it can not exceed 60% of the annual production of the production permits
deriving from a single exploration permit. This maximum amount can be extended to 70%
when the importance of the works, the use of expensive technology or an exceptional difficulty justifies it.

Some petroleum costs are always subject to recovery caps and others are strictly unrecoverable.
Since it is impossible to provide a comprehensive list of petroleum costs in the framework of
this article, we have listed the most distinctive ones below:

Like the limitations on the deductibility of loan interests pursuant to the normal principles of corporate income tax in the CEMAC area, their recovery as petroleum costs is strictly regulated in the hydrocarbons laws and PSCs.

For instance:
- Congo limits the recovery of loan interests contracted for the financing of prospection, exploration, exploitation and transport activities to 50% of the development investment ;
- Gabon prohibits, in its PSC model, the recovery of interests related to the fraction of the loan and debts exceeding 50% of the development and production cost, to which must be added a rate limit (BEAC rate + 2 points) when the interests are paid to an affiliated company or a partner in the PSC ;
- Equatorial Guinea prohibits, in its PSC model, any recovery of interests for petroleum costs recovery purposes; it only authorizes the deductibility, for the determination of the tax due on the share of profit oil of the oil company (“impuesto sobre la renta”), of interests for which the rate has been approved by the Minister in charge of Hydrocarbons and relating to loans granted by companies not affiliated to the borrower.

PSCs usually provide for fixed ceilings of deductibility of general costs paid outside the country,
which are negotiated by the parties and set in the accounting appendix to the PSC (see for example article 2.5 of appendix C to the Equatorial Guinea PSC model).

The PSC model of Gabon provides, for example, a maximum ceiling of recovery of 3% of the
recoverable oil cost (excluding the general cost) of a considered year.

Bonuses (of signature, discovery, production) are generally not recoverable.

Just like the general principles of corporate income tax applicable in the CEMAC states, these
costs are not recoverable.

PSCs always provide for a right of the State to audit the Petroleum Costs, which in certain
countries can be subject to statutes of limitation:

Hydrocarbons laws of Central Africa refer to the PSC for determining the oil production sharing
rates between the State and the oil company.

PSCs most often provide for different sharing rates, depending on the number of barrels produced by the oil field, which is for example the case of PSCs in Equatorial Guinea.

Other PSCs, like most of them in Gabon, sometimes differentiate the rates by reference to the quantities produced or to the depth of the field, in order to encourage deep water exploration.

The share of the State is normally delivered “in kind”, but it can request that the oil company buy it (Equatorial Guinea) or give a power of attorney to the oil company to sell it on its behalf (Gabon).

Although production sharing mechanisms are quite similar in CEMAC countries, PSCs can however very significantly defer from one State as regards the other levies borne by the oil company (Corporate Income Tax, royalties, etc).

We will point out for instance the case of Equatorial Guinea which subjects to tax (« Impuesto
sobre la Renta ») the share of Profit Oil belonging to the Oil Company, whereas other countries
such as Gabon provide to the contrary that this share is net of tax (i.e. Corporate Income Tax
due by the Oil Company being included in the share of hydrocarbons received by the State for
the calendar year).

Given the significant differences that exist between the different CEMAC countries with respect to these other levies, investors will have to analyze carefully each hydrocarbon law and applicable PSC in order to assess the effective profitability of the investment. 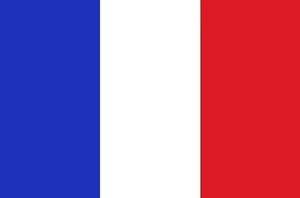 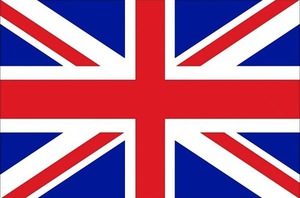 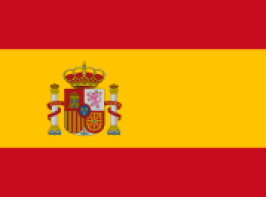